By and large the monolithic public assumption — perhaps due to the widespread prevalence of weight loss programs and television shows, not to mention social conventions like “fat-shaming” — seems to be that, because I’m thin, I’m doing fine; that I can eat what I want, whenever I want it; and that the societal intersection between ideal weight and image doesn’t concern me.

The problem with American narratives, however, is that they are so…well, narrow. The thought of seizing an obese friend’s stomach, crying out, “Look at all this fat!” constitutes (rightfully) offensive body-shaming, but constantly drawing attention to or poking fun at a skinny friend is just that: poking fun. A questionable action regarding the body, when directed towards a member of a perceived norm or ideal, somehow ceases to be hurtful. Instead, its actors hide behind the phrase, “Geez, it’s just a joke.” Well, anyone can take a joke — just not a hundred of them. 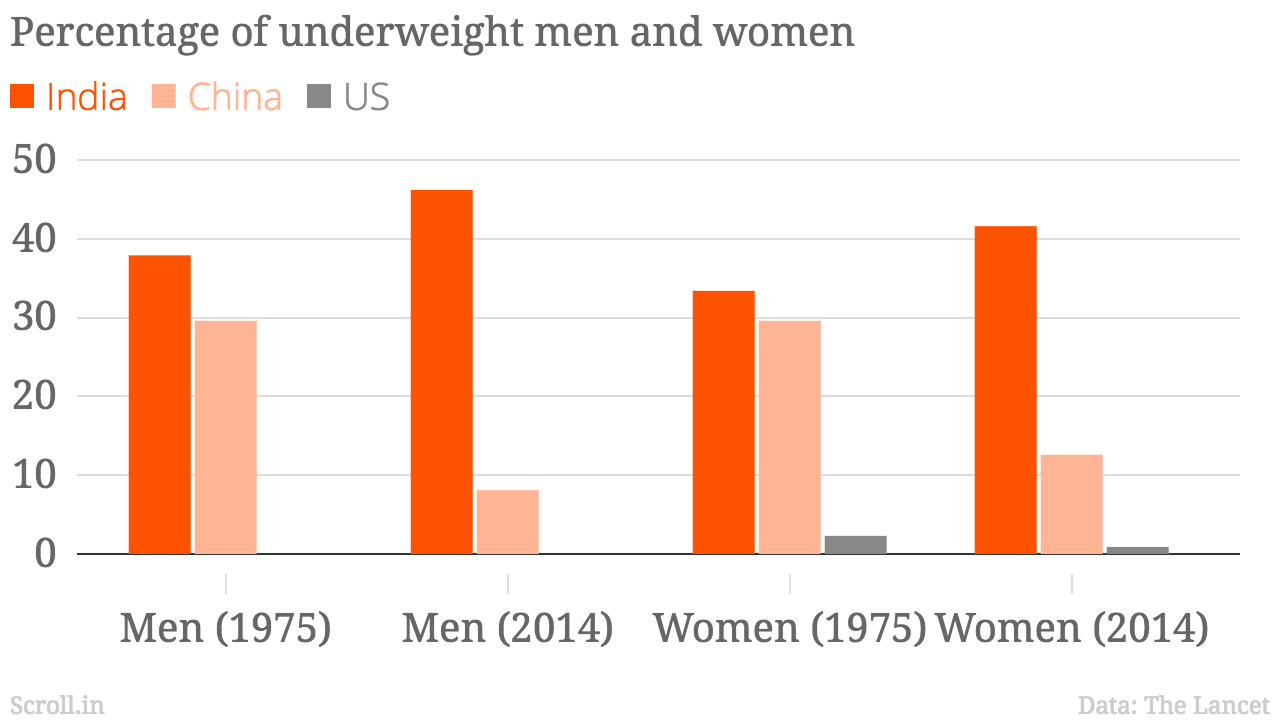 Gaining weight has never been easy for me

— In fact, if I follow a normal, 2000-calorie-a-day diet, I’ll likely lose weight. For those who struggle with weight loss, that reality may seem amazing, but it’s more oppressive than most seem to think. Being able to follow a “normal” diet and lose weight is amazing when you’re overweight. But when you’re already more than thirty pounds underweight, it’s close to dangerous. Most people don’t consider what an uphill battle that is, literally; and certainly not that the other end of the scale can feel just as unbalanced. The worst part is that little discourse is allowed to those of us who are underweight, because society has conditioned us to feel “lucky that you’re not fat” — a problematic phrase in more ways than one.

Additionally, the act of gaining weight seems itself to defy American perceptions of health. The other day at work a manager joked that he would give me any extra donuts or pizza that he found in order to help me achieve my goal. For many, there seems to be a divide between outward appearance and inward health, as if a fast metabolism nullifies arteries and cholesterol. Being a skinny man, in other words, often feels like being caught between two worlds: on one side, people will tease you for being so underweight; on the other, they’ll tell you how lucky and free you are to find yourself in that position.

Men's unspoken concern with their bodies

I try to go to the gym fairly regularly, about 2-3 days a week, and — as I spend more time there — I’m always struck by men’s unspoken concern with their bodies; the sense of duty and “have-to” that most of them exhibit. Especially given my own concern with self-image growing up, and now, I’m not surprised to find out that my own situation is more widespread. As more studies look into male body image issues and masculine ideals, nuances are starting to come out of the woodwork. 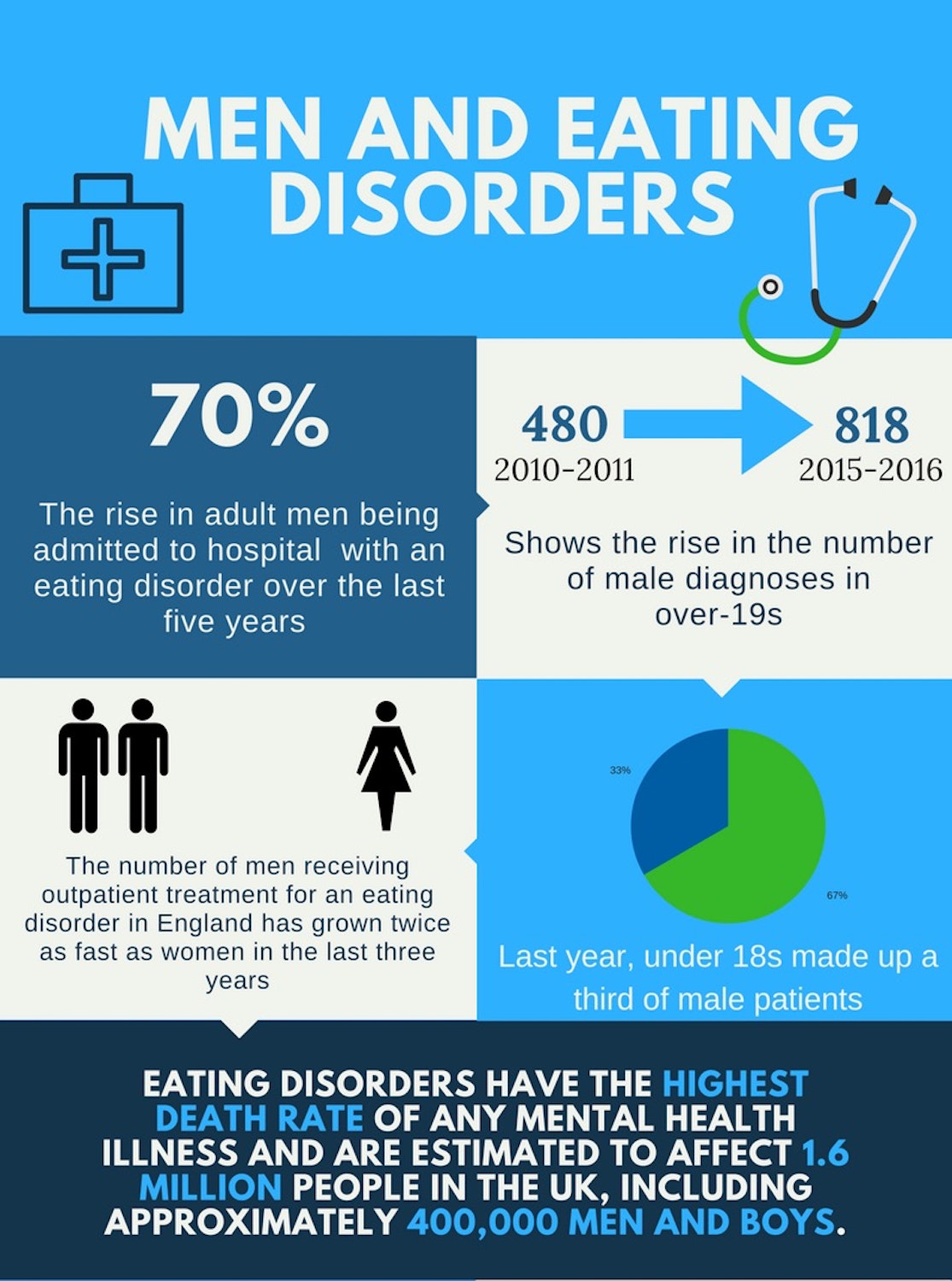 Studies show that the percentage of men with eating disorders has risen by two-thirds over the past decade, yet — especially since it’s worth keeping in mind these are only the men who admitted having an eating disorder — recourse is scarce. As a feminist, I couldn’t be more proud of the numerous efforts being made to promote a healthy self-image in girls and women. As a man, however, I do wish efforts could be made on a similar scale to promote a healthy self-image in boys and men, largely because boys’ self-image concerns present very differently. There are several complex observations to note here: 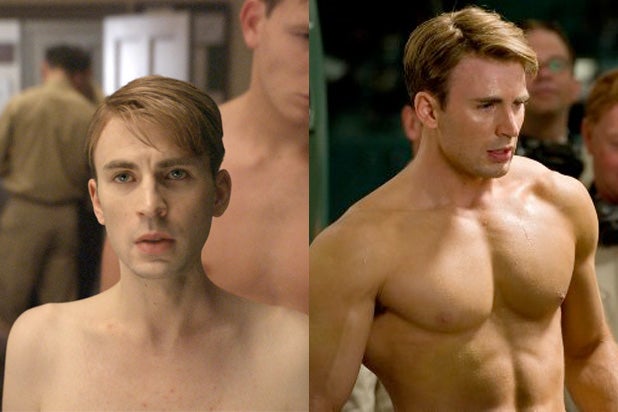 Skinny boys aren’t happy staying skinny.
Whereas societal pressures push girls to be as skinny as possible, they appear to push boys away from being skinny. Boys as young as 10 years old have reported worrying about their lack of muscularity. As early as fifth grade, in other words, boys may be feeling anxiety if they’re not buff. Not only is this dangerous because boys likely won’t talk about this anxiety — potentially translating it into anger instead — but also because…

Steroids and unhealthy bulking diets.
Building muscle as fast as possible, like any physical transformation, is tough: it takes a lot of effort and dedication over a long period of time. Unfortunately, we rarely allow for patience and small steps nowadays. Neither “Lose 40 pounds in two months!” nor “Gain 25 pounds of muscle now!” are sustainable goals; instead, they cater to the immediate and the obsessive. When physical goals become obsessions, they can become disorders, and some boys are at risk of over-stressing their bodies by loading up far too much on powders and supplements — or worse, by using steroids which may put their long-term health and well-being at risk. 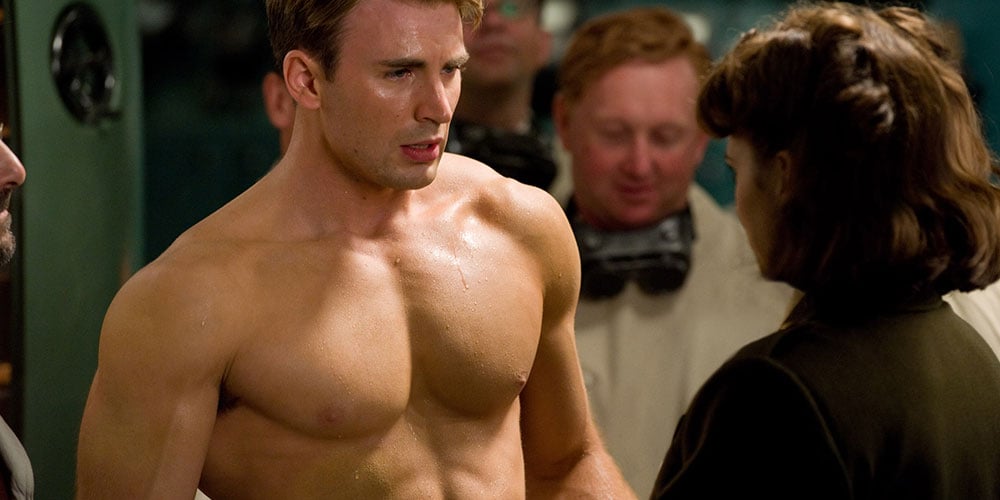 Toxic promotion of a masculine gender role
The need to gain muscle derives in part from the toxic promotion of a masculine gender role — and it’s promoted largely by us. I think it’s worth stating the caveat that taking care of one’s body and aiming to become fit are admirable goals — it’s when one feels compelled to reach a societal ideal, rather than a physical ideal, that problems arise. According to Psychology Today, 90 percent of boys exercise with the specific goal of bulking up — not, I have to add, of getting healthier. Interestingly, however, it’s usually not because they’ve seen (for example) Captain America and want to look like Chris Evans (although that may constitute a small part of it). Instead, among boys there seems to be a standard reinforced by a patriarchical masculine culture of competition, by ideas of what girls find attractive, even by the ways girls do talk about boys and men. To be manly, one feels very poignantly, is to be muscular. Yet, rather than being a standalone issue… 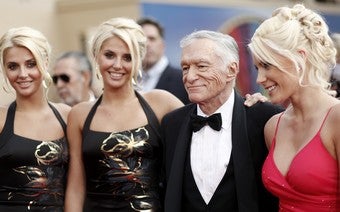 The objectification of women
A large part of male body image issues seem to intersect with the objectification of women. I’ve seen a lot of articles recently comparing the disparate way women and men are portrayed on the covers of magazines: Jessica Alba stares seductively in a bikini while Hugh Jackman smiles in a dress shirt. The dichotomy is clear — yet the common error in logic seems to be, “See? This is why women have self-image issues and men don’t.” I think that’s only half-correct. Research seems to suggest that male self-image issues stem from Hugh Jackman less than from Jessica Alba. The male brain adds another step to the usual self-image dynamic: boys and men seem more concerned with acquiring the type of physique they believe will attract attractive women like the ones they see on the covers of magazines. The inner discourse does not read, “I wish I looked like him” but is more indirect: “A girl like her would never be attracted to me, but she might be attracted to him; I need to look like him.”

Just as reinforcing in a six-year-old girl’s mind that she should be “beautiful” (rather than complimenting how “smart” or “creative” she is), I want to suggest that masculine conceptions of “bravery,” “strength,” and “toughness” have certain ramifications when it comes to boys. I wonder how these personality attributes become translated into physical characteristics, and I argue that as men we need to discuss that translation more. What remains present is a troubling conception that “skinny” is synonymous with (a careless kind of) “healthy,” and — conversely — with “weak” as well. The term becomes ambiguous, and neither end leads to a healthy path.

Here are the three most valuable places I think we can start (and stop) dialogues: 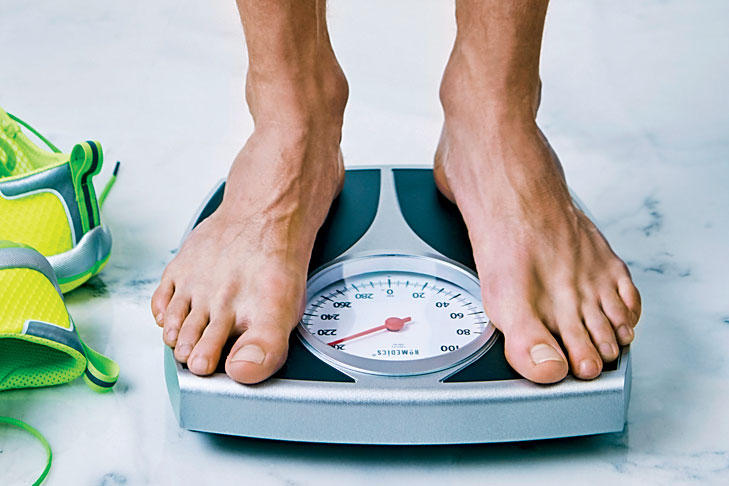 Don’t mention weight.
Unless you’re genuinely concerned for someone’s health and well-being, don’t tell him he needs to eat more. If he mentions wanting to gain weight, don’t tell him he should feel lucky to be so skinny. Unless he asks for advice, don’t suggest that he bulk up on protein powders and supplements. Start a positive dialogue to encourage him towards health and fitness, not musculature. Know that under no circumstances is it ever acceptable to grab someone’s body (e.g. a wrist, an arm) to emphasize his weight. 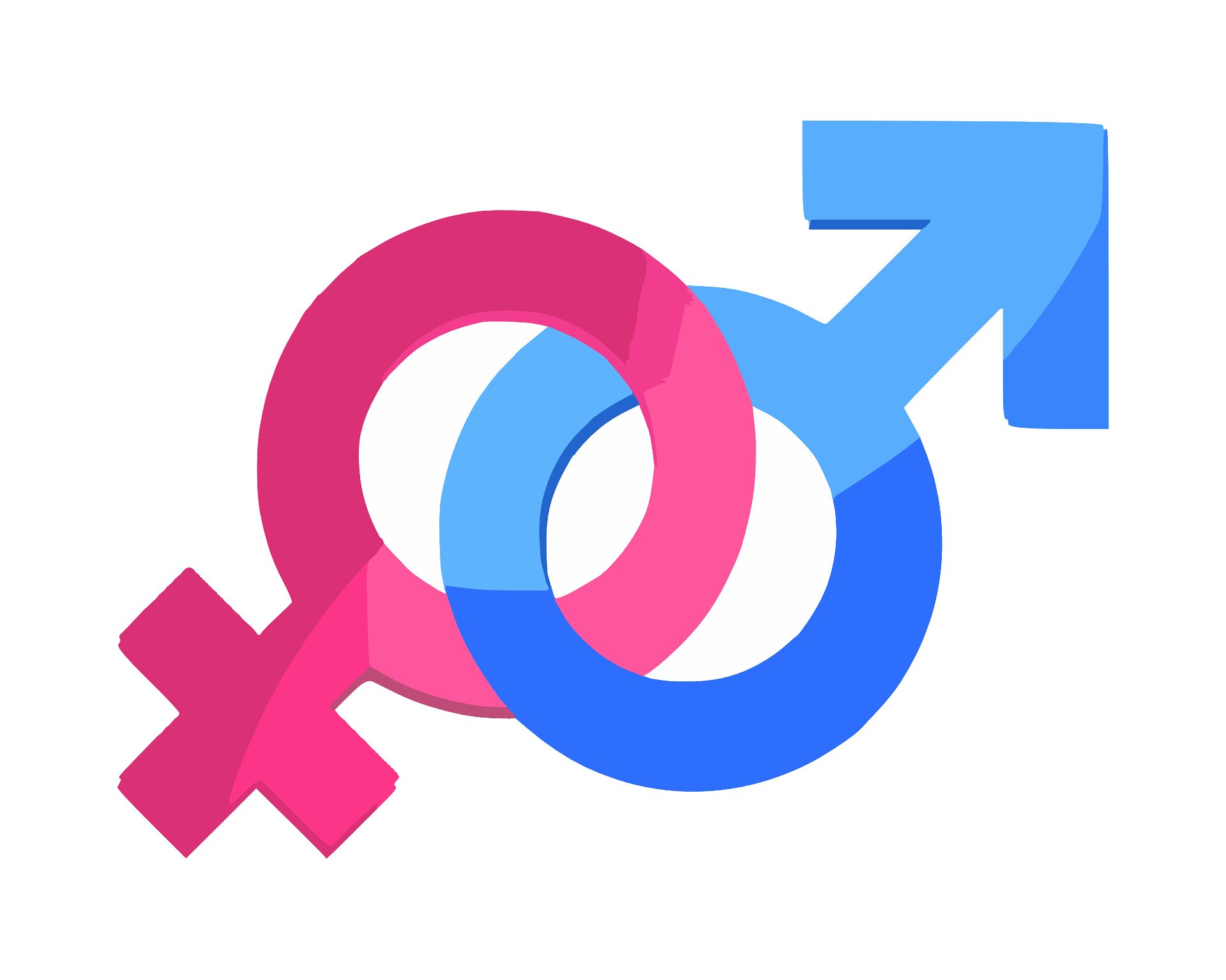 Intersection of female and male.
Explore the intersection of female objectification and male self-esteem further. Why is it, for instance, that a bikini model is more likely than a male model to affect boys’ self-esteem? How is the gaze that produces that emotional reaction similar to — or different from — the male gaze in general? There are so many questions we could ask, but aren’t asking, in part because we assume them to be less important or (worse) because we assume that real men would never ask them.

Our bodies have such a profound effect on how we experience the world. Being in good shape is an admirable goal, but it must be achieved in a healthy way, and by eating well; above all, it must be supplemented by a healthy self-esteem. After we start or stop these three dialogues, I think we continue by driving ourselves and those we know towards balance and well-being, not musculature or numbers on a scale. Our bodies are our temples, as they say, and it does us well to take care of them, and each other.

END_OF_DOCUMENT_TOKEN_TO_BE_REPLACED