THE HISTORY OF HAIR REMOVAL 1 of 11
ANCIENT EGYPT
The Egyptians may have been the forerunners of many beauty rituals, but they invested the most time into hair removal. Women of ancient Egypt removed all of their body hair, including that on their heads, with tweezers (made from seashells), pumice stones, or early beeswax and sugar based waxes. 2 of 11
ROMAN EMPIRE
During the Roman Empire, the lack of body hair was considered a sign of the classes. Wealthy women and men used razors made from flints, tweezers, creams, and stones to remove excess hair. In fact, even pubic hair was considered uncivilized which is why many famous statues and paintings of Grecian women are depicted hairless. 3 of 11
MIDDLE AGES
Just like Cleopatra was a trendsetter in her time, so too was Queen Elizabeth 1 during the Middle Ages. She set the precedence for hair removal amongst women, who followed her lead by removing it from their faces, but not their bodies. The fashion of this era was to remove eyebrows and hair from the forehead (to make it appear larger), which women did by using walnut oil, or bandages soaked in ammonia (which they got from their feline pets) and vinegar. 4 of 11
1700S
The late 18th century ushered in a more civilized approach to hair removal. While European and American women didn’t take too much consideration into it, Jean Jacques Perret, a French barber, created the first straight razor for men in 1760 which was used by some women. 5 of 11
1800S
By 1844, Dr. Gouraud had created one of the first depilatory creams called Powder Subtile. Soon after, in 1880, King Camp Gillette created the first modern day razor for men and thus a revolution was born. However, it would be another three decades before a razor specifically marketed for women would appear. 6 of 11
EARLY 1900S
In 1915, Gillette created the first razor specifically for women, the Milady Decolletee. The early 1900's also saw ads for depilatory cream hit the masses. In 1907 an ad for X-Bazin Depilatory Powder began circulating, promising to remove 'humiliating growth of hair on the face, neck, and arms'. A decade later, a leading women's fashion magazine ran an ad featuring a woman with her arms raised and her armpits bare, the first of it's kind. 7 of 11
1940S
Remington released the first electric women’s razor in 1940 after the success of a male version. Due to a wartime shortage of nylon, more products and techniques for hair removal hit the market as women were forced to go bare legged more often. 8 of 11
1950S
During the 1950s, hair removal became more publically accepted. Since many depilatory creams were still irritating to the skin, women relied on razors to shaver their legs and underarms and tweezers to groom and shape their eyebrows. 9 of 11
1960S
Wax strips made their début in the 1960s and quickly became the method of choice for removing unwanted hair under the arms and on legs. The first laser hair removal method hit the market in the mid-sixties, but was quickly abandoned due to its skin damaging tendencies. 10 of 11
1970S
Although electrolysis had been around for nearly a century, it became more reliable and safe in the 1970s with the development of transistorized equipment. The decade also saw a resurgence in the removal of bikini area hair as the swimsuit fad of the 1960s stuck around. 11 of 11
1980S-PRESENT
Today, most women rely on some form of hair removal in their everyday beauty routines, whether it is tweezing, shaving, waxing, or depilatory. Waxing bars, eyebrow threading studios, and electrolysis centers are at an all time high and continue to rise. New technologies in hair removal had made it one of the most popular beauty services out there. 1. Hop in the bath or shower before you shave.

Hair that’s hydrated with warm water is up to 60 percent easier to cut. But don’t soak too long. After 15 or 20 minutes, water causes your skin to wrinkle and swell slightly, which makes it harder to get a close shave.

2. Wash your legs to remove any natural oils or perspiration. 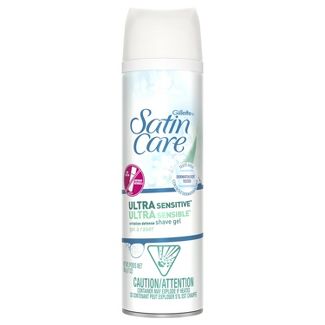 Lather up with a moisture-rich shave gel to help keep water in the hair and ensure the razor glides easily over skin. Don’t rely on soap—it may clog the razor or cause dry, flaky skin.  For those with sensitive skin try Satin Care Sensitive Skin Shave Gel, it's a lightly fragranced shaving gel with advanced lubricants that provide incredible razor glide for protection against nicks and cuts.

3. Choose the Venus razor that’s right for you. 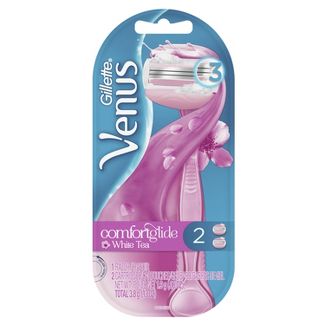 There are plenty of refillable and disposable razors that can help any woman get a perfect shave, like the Venus ComfortGlide Women's Razor.  Built-in Shave Gel Bars with white tea scent eliminate the need for additional shave gel or soap.  The 3-blade cartridge and shave gel bars flex for incredible closeness around every curve.  This one is perfect. You don't need shaving cream, and you are very soft and smooth afterwards, and it's perfect for shaving bikini areas too.

4. Shave with a fresh blade to get a close, comfortable shave without cuts or irritation.

Replace your blade at the first sign of dullness or discomfort. A good rule of thumb is to replace blades after 5–10 shaves.

5. Use a light touch, with little pressure, and shave in the direction that feels most comfortable.

For the closest shave, shave against the hair growth.

6. The backs of knees and thighs, and areas like ankles, where the bone is close to the skin’s surface, are trickier to shave. 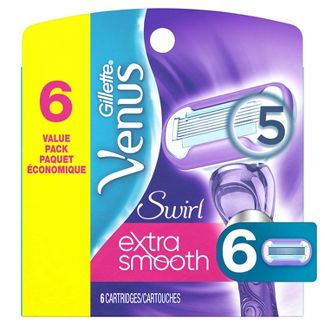 Few razors today, like the Venus Swirl Women's Razor Blade Refills, feature a pivoting oval-shaped refill that maximizes maneuverability in and around these hard-to-reach spots.  You'll love how close of a shave you get without getting any cuts.

After shaving, apply a moisture-rich lotion. Then show off those smooth, radiant legs.

Before you decide to start shaving, you need to get all the facts straight. Hair removal is a personal decision, so trust your instincts just like you would about the makeup or clothes you wear. Want to add more length to your look?  Are you ready to slay with a high ponytail like Beyonce or Gigi Hadid?

END_OF_DOCUMENT_TOKEN_TO_BE_REPLACED

Getting the perfect eyebrows is every woman's dream isn't it?  Want to know how to keep your eyebrows permanently on fleek?

END_OF_DOCUMENT_TOKEN_TO_BE_REPLACED

Are you sick and tired of those annoying bumps and blackheads on your face?  Would you like to rid yourself of them completely, if not reduce this awful problem?   Blackheads occur when there is an excessive amount of oil in the glands, called sebaceous glands, on the skin.  They can affect people at any age and can occur anywhere on your body, but the most common areas are the nose, chin, cheeks, ears and back.  Pimples often occur in groups or clusters bunched together.