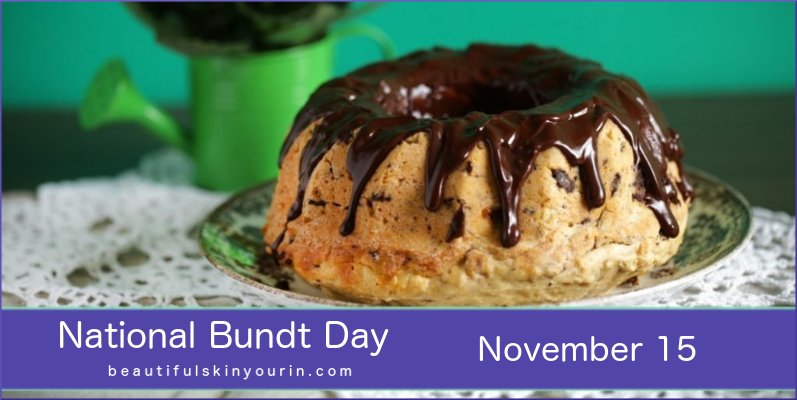 National Bundt Day, also known as National Bundt Cake Day is observed every year on November 15. As people across the United States are planning their menu for the upcoming holidays, a bundt cake is sure to be on the list at least once.

A bundt cake can be any cake baked in a Bundt pan, forming it into a distinctive ring shape. The mold of the Bundt pan was originally inspired by the traditional European fruit cake known as Gugelhupf. It was in the 1950s and 1960s that cookware Nordic Ware popularized the style for the mold design and trademarked the name Bundt. Nordic Ware started producing Bundt pans made from cast aluminum. Similar pans are sold as “fluted tube pans” or other similar names.

Due to the difficulty frosting a ring-shaped cake, bundt cakes are typically served undecorated, glazed or dusted with powdered sugar.

In the beginning, the Bundt pan did not sell well, and Nordic Ware considered discontinuing the product. Then in the 1963 New Good Housekeeping Cookbook, the Bundt pan was mentioned, and sales increased. In 1966, sales increased dramically when a Bundt cake called the “Tunnel of Fudge”, baked by Ella Helfrich, took second place at the annual Pillsbury Bake-Off and winning a $5,000.00 prize. The publicity from the Bake-Off resulted in more than 200,000 Bundt pan requests.

Get out your Bundt Pan and make a cake. Use #NationalBundtDay to post on social media.

END_OF_DOCUMENT_TOKEN_TO_BE_REPLACED 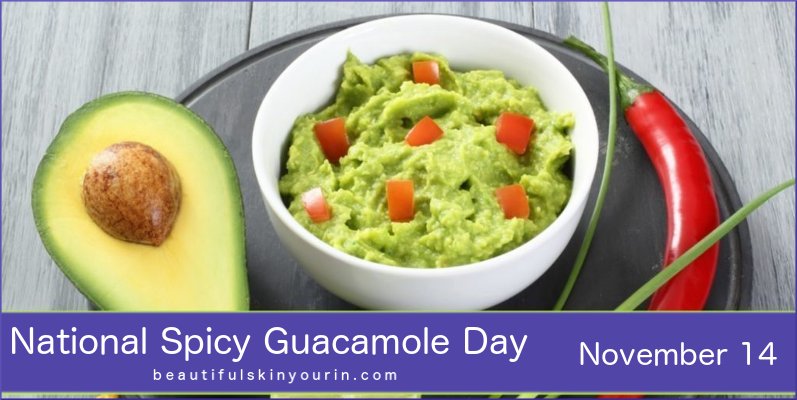 National Spicy Guacamole Day is observed annually on November 14.  Call your friends, get the chips ready and celebrate with a bowl of spicy guacamole dip. Originating with the Aztecs in Mexico, guacamole is an avocado-based sauce which has become popular in American cuisine as a dip, condiment and salad ingredient.

END_OF_DOCUMENT_TOKEN_TO_BE_REPLACED

An estimated 31.6 million Americans have symptoms of eczema; furthermore, trying to balance eczema and/or any sensitive skin condition while embracing all that is beauty can be a daunting task. For those who have sensitive skin like myself, here are some tips to consider when applying your makeup: